Celebrating 40 Years of Vacations: Where We’ve Been & Where We’re Going 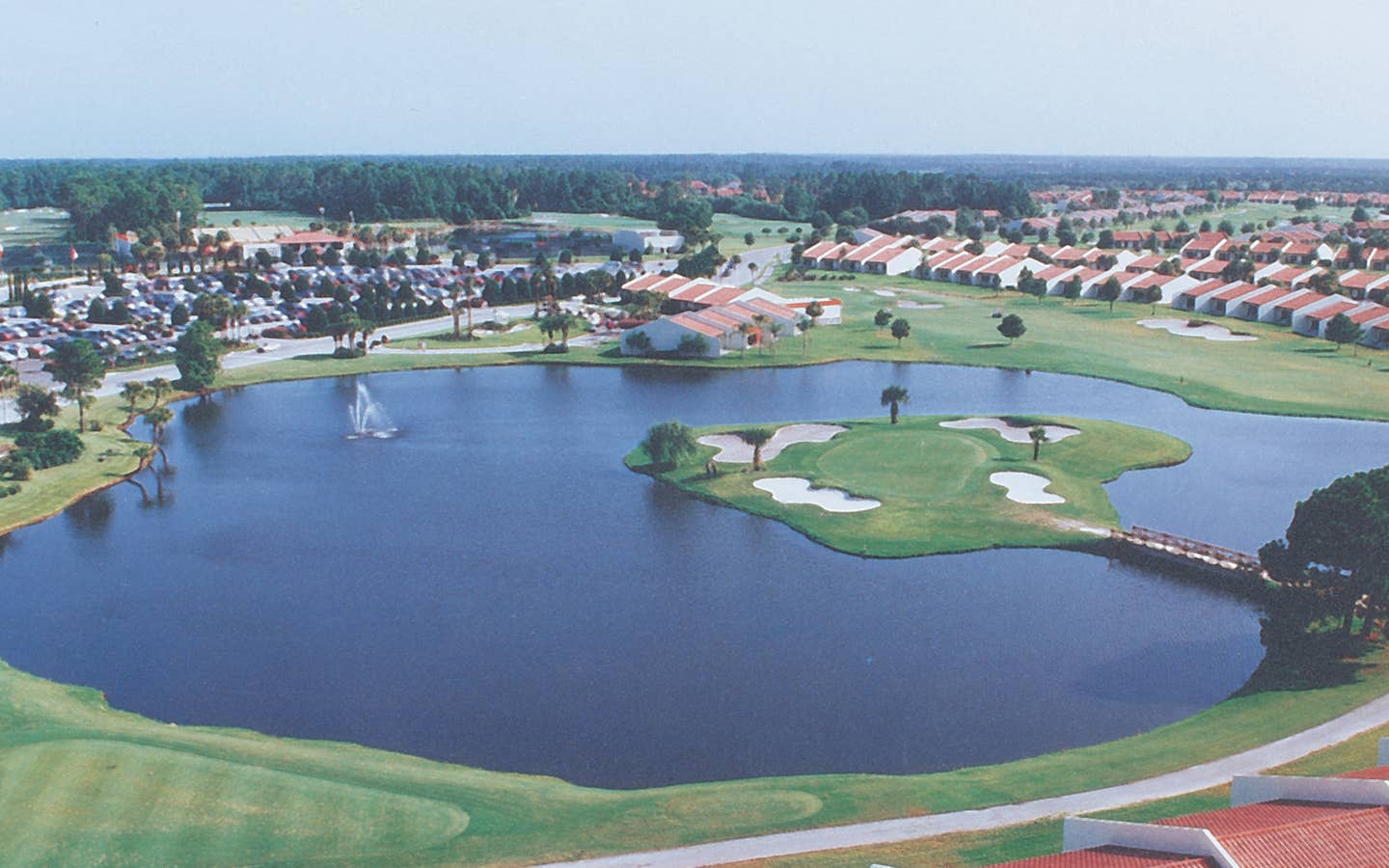 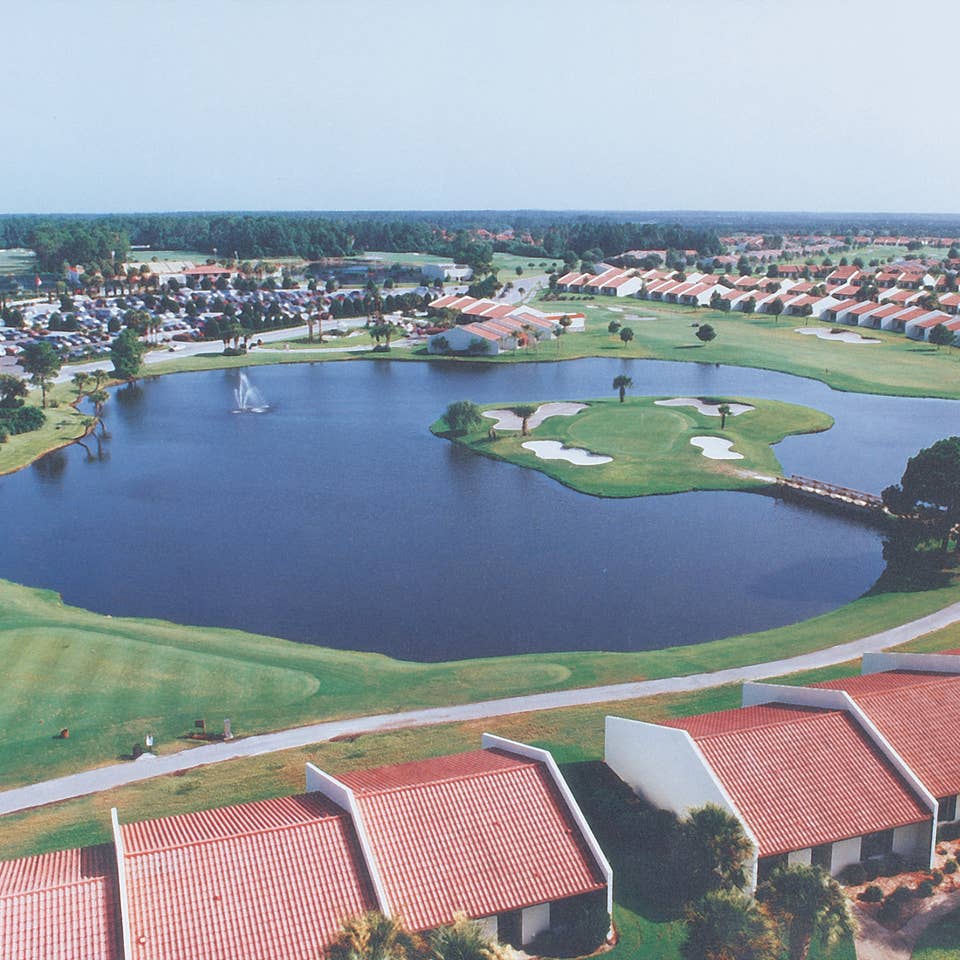 With over 30 years in executive management and C-suite roles, John serves as President and CEO of Holiday Inn Club Vacations. His focus is centered on providing the best possible travel experiences for our Owners, Club members and guests, while using technology to make their journey simple and easy.

As we celebrate 40 years of Holiday Inn Club Vacations® — and our very first Owner Appreciation Month — it’s only fitting that we look back at where we’ve been and how far we’ve come since 1982.

As President and CEO, I’m pretty well-versed on the impact Kemmons Wilson has had ever since he founded Holiday Inn® Hotels in 1952. 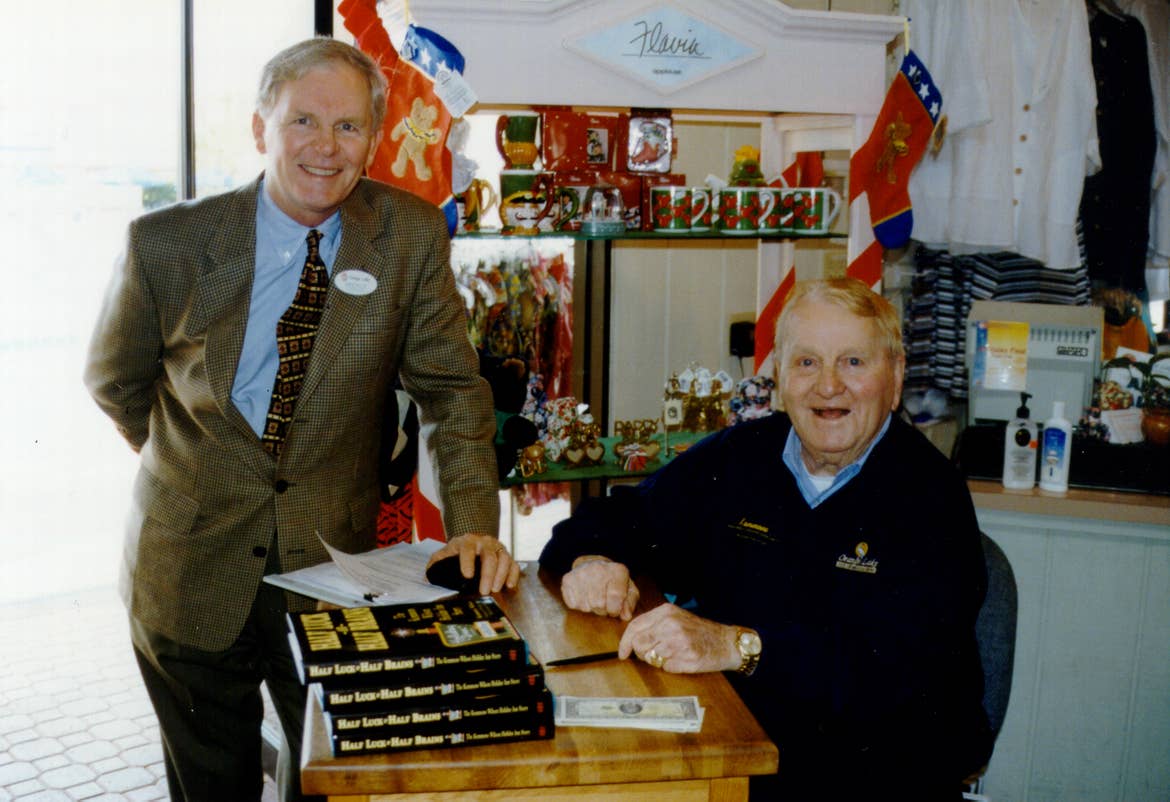 Going back to our roots and appreciating all the incredible team members, Club members and Owners who make up our Holiday Inn Club Vacations® family is just one part of how we’re celebrating our 40th anniversary.

(But if you’re only interested in our 80s throwback photos, don’t worry. I have plenty of those in here, too.)

We invite you to join us in all our festivities throughout the year, as well as during Owner Appreciation Month in August, which will include offers we’ve never done before, weekly sweepstakes on Facebook and Instagram, resort news and much more to come.

It All Started with a Road Trip

Nothing brings families together like being in the car for a few hours … or days. For Kemmons Wilson, a road trip with his five kids and wife in 1951 turned into a life-changing idea.

In the book Unstoppable, Cynthia Kersey interviewed Kemmons and he said, “I was frustrated at the second-rate accommodations available for families and was furious that they charged an extra $2 for each child. That was too expensive for the average American family, and I was determined to offer them an alternative. I told my wife that I was going to open a motel for families with a brand name people could trust that never charged extra for children.”

All the while, he kept in mind something his mother once said to him: “Kemmons, you are destined for greatness, and you can do anything in life if you’re willing to work hard enough to get it.”

In 1952, his kids cut the quintessential ribbon and the first Holiday Inn® Hotel officially opened. 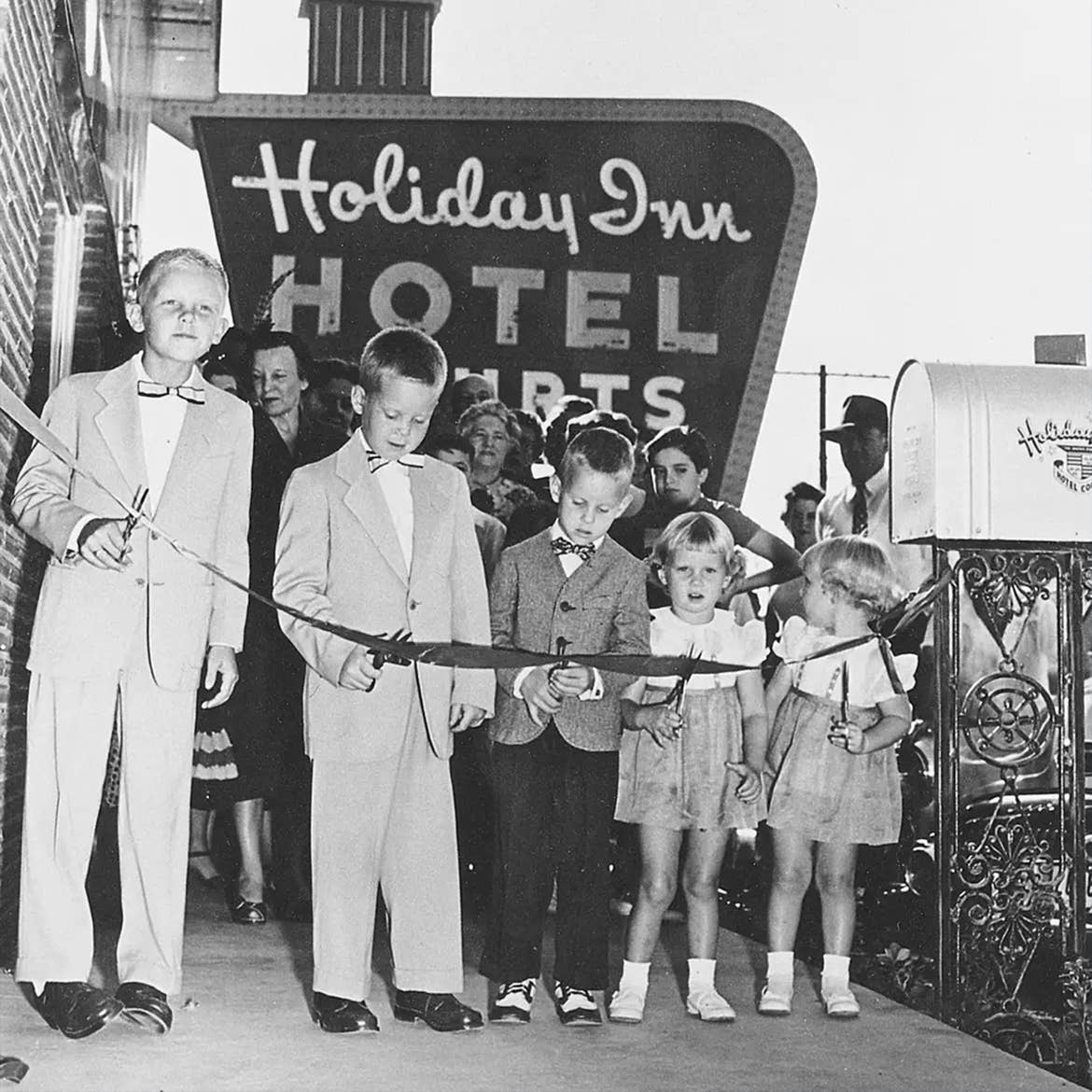 By 1970, Holiday Inn® became the first lodging and food-service chain to top $1 billion in gross sales.

With that success came newfound fame for Kemmons as he appeared on The Merv Griffin Show. By 1972, he developed 1,405 hotels across 20 countries, served 72 million guests per year and was named the “Innkeeper of the World” by Time magazine.

In 1979, Kemmons sold Holiday Inn® to what would be IHG® Hotels & Resorts. Leaving on a good note, he said goodbye and retired (for the first time) after almost three decades.

At the time, Holiday Inn® Hotels were in 50 countries and had twice as many rooms as the nearest competitor.

This level of growth is still very much relevant today as well. In 2021, Holiday Inn Express® Hotels surpassed 3,000 open properties across the globe with more than 300,000 rooms in 2,100 cities.

The Resort That Made Us

As 1982 rolled around, Kemmons came out of retirement and into his next venture: opening Orange Lake Resort & Country Club, right next door to Walt Disney World® Resort in Florida. 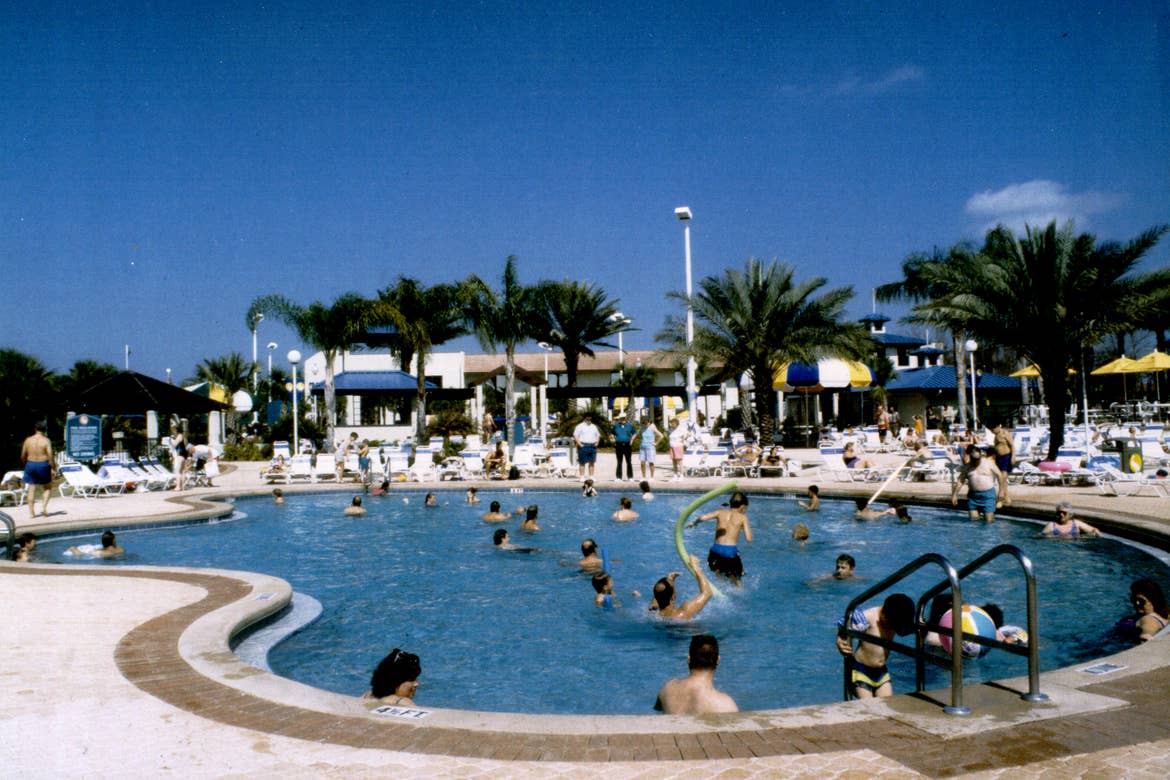 After seeing how much families loved this new, family-friendly offering that was more than “just a hotel,” Kemmons wanted to think bigger — literally.

By the mid-90s, Orange Lake Resort expanded to more than 1,100 acres and 2,450 villas. This time leaving on a great note, Kemmons retired again and passed on the family business to his eldest son, Spence.

As Spence navigated the launch of our new Points-based system (a more flexible way to own a timeshare), he led the opening of three more resorts in 2006: Panama City Beach Resort in Florida, Mount Ascutney Resort in Vermont and Lake Geneva Resort in Wisconsin.

Notice this pattern of “firsts” yet? Spoiler: This isn’t the last of them… 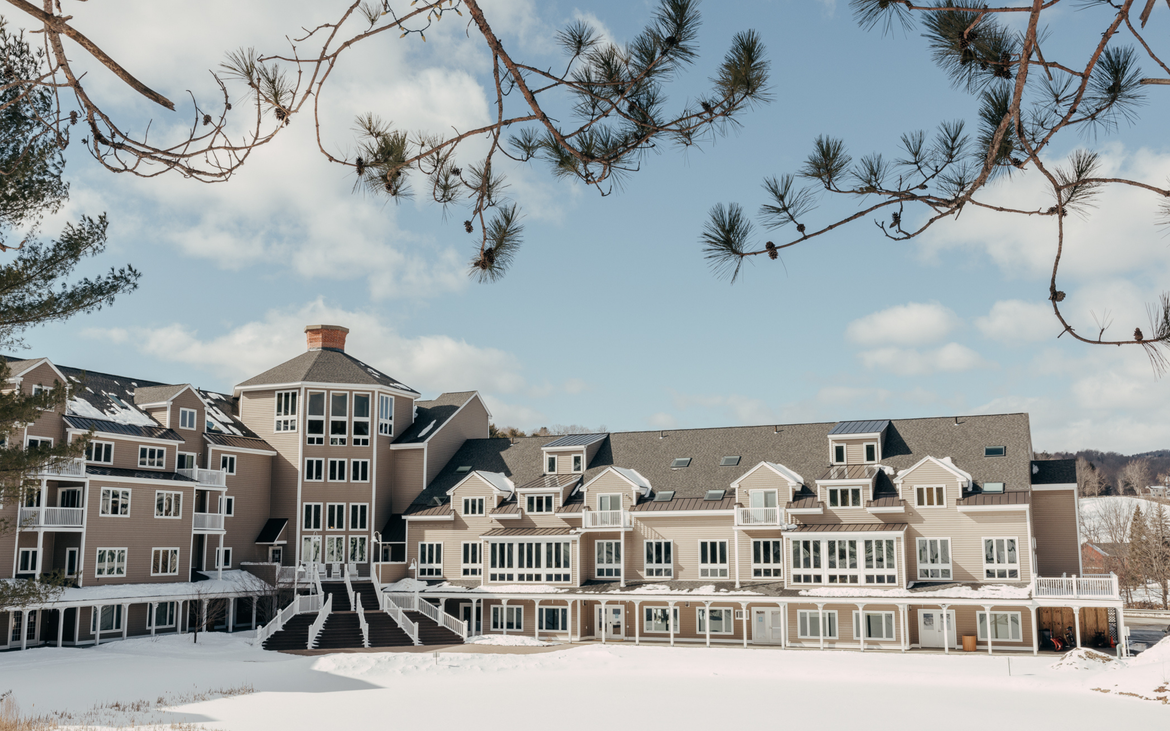 Fast forward to 2015, we doubled the size of our resort network (after acquiring Silverleaf Resorts), and then added two more locations in the Lake Tahoe region from 2018–2020.

In 2019, we continued down the road to success with many stops that paved the way, including a historic 100-year agreement with IHG® Hotels & Resorts and the opening of our first urban resort in New Orleans in late 2020.

If you haven’t been to New Orleans Resort yet, it’s a true French Quarter gem located a block from Bourbon Street and so many more must-try activities and restaurants. 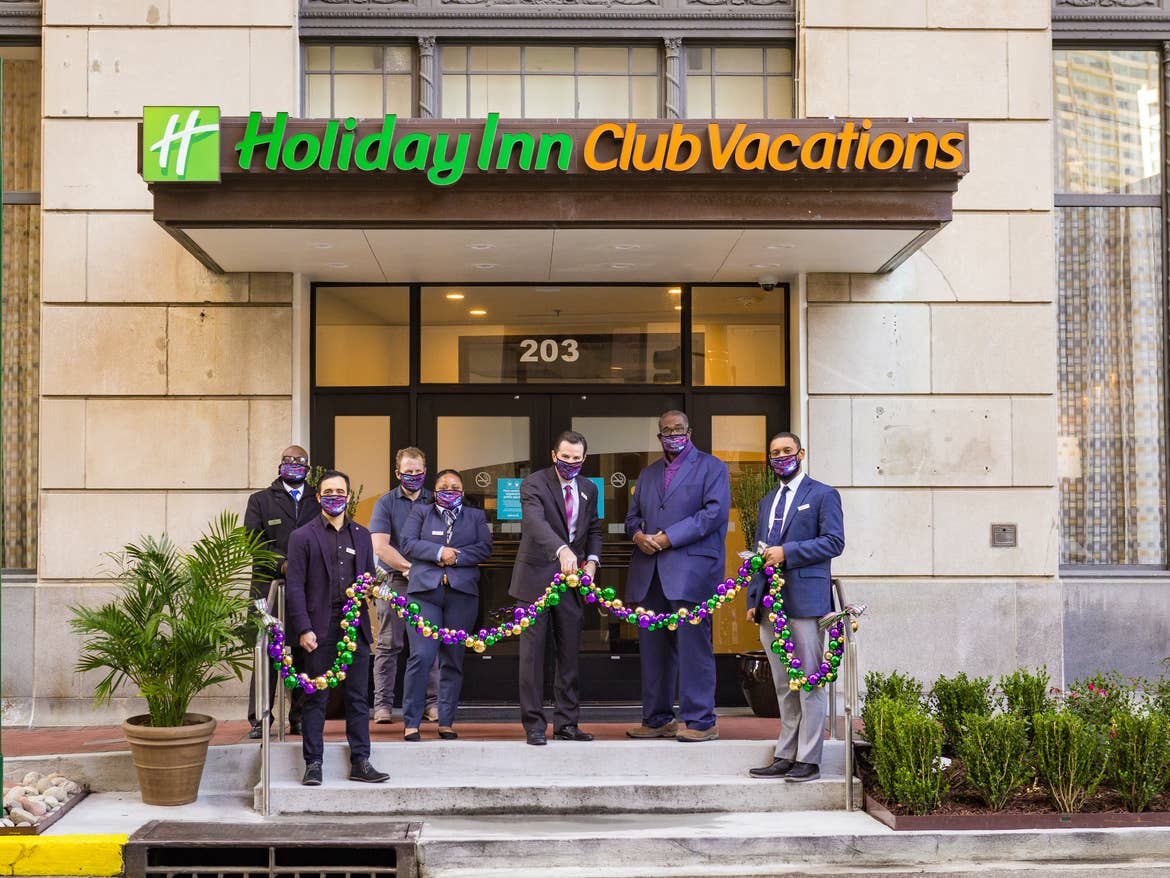 The grand opening of New Orleans Resort in 2021

Paving the Way for a Bright Future

Now that you’ve seen where we’ve been, let’s talk about where we’re going…

The keyword that comes to mind is “growth.” Growing our resorts and amenities. Growing beyond the great benefits we already offer our Owners. And even growing our resort network with more incredible destinations.

What does all that mean exactly?

Over the next few years, we’ll continue innovating in the digital space by rolling out new, enhanced features on our website — including a brand-new member portal — so you can get everything you need quickly and easily.

We’re also curating more and more unique experiences in your favorite destinations. With VIP Experiences, Club members have access to behind-the-scenes, immersive events and activities that are fully guided and fully planned out. 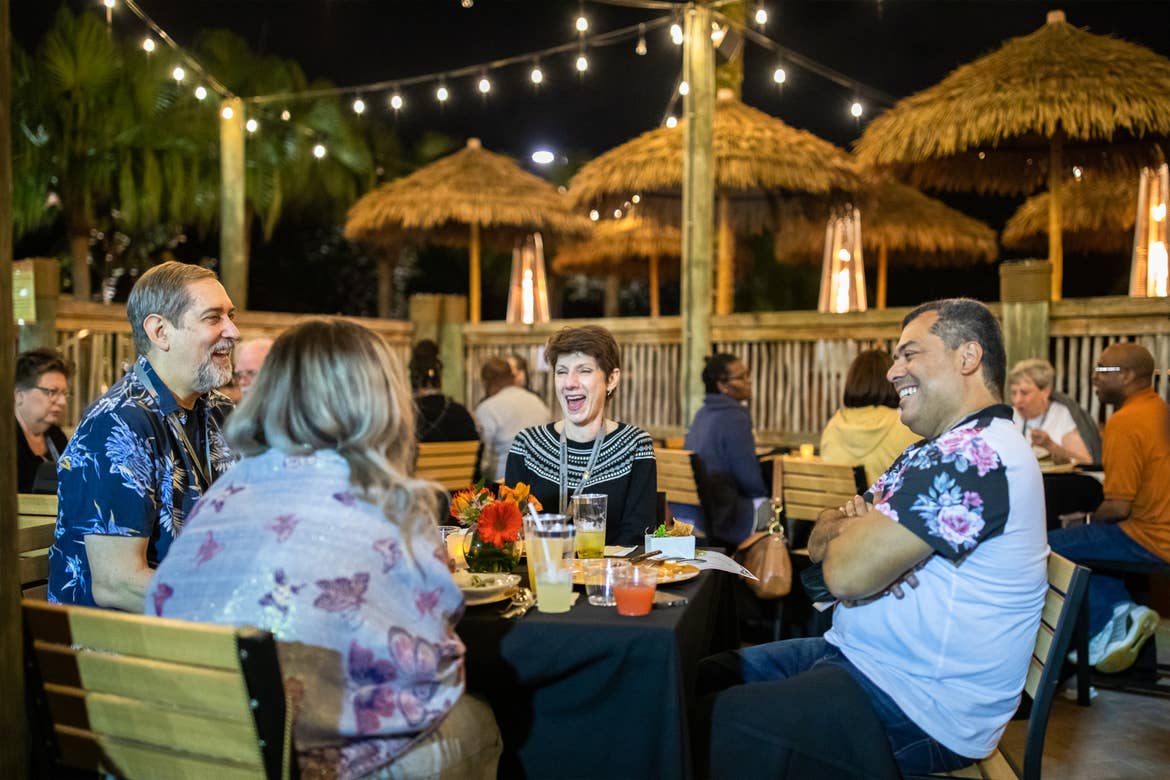 We’ve already hosted so many one-of-a-kind, fun and memorable VIP Experiences throughout 2022. Just imagine what we’ve been planning for 2023...

And when it comes to expanding our resort network and all the other ways we’re growing Holiday Inn Club Vacations®, we have a lot of exciting projects in the works.

I don’t want to give away too much right now, but we can’t wait to share more — this month and over the next few months — so stay tuned.

All this to say that the past 40 years have been all about you. Whether you’re reading this as a Club member, Owner or guest, you’ve made us into what we are today — and for that, we’re grateful.

As I mentioned earlier, we have an incredible lineup of ways we’re showing our appreciation, including:

Back to the Future: Vacation Edition

There’s no better way to kick off our 40th anniversary than with fun, exciting festivities — and a throwback video with vintage resort photos and decades of vacation memories. (It’s worth the watch.)

This month and this year are all about commemorating four decades of not only being well traveled … but also being Well Vacationed.

I encourage you to join us in our 40th-anniversary celebrations by visiting our resorts, checking your email inbox frequently for weekly offers and following us on Facebook and Instagram to enter our giveaways. And as always, keep sharing your #WellVacationed photos with us by tagging @hiclubvacations.

There’s so much excitement ahead for our Holiday Inn Club Vacations® family, and I want to personally thank you for coming along for the ride.

Any submitted quotes and testimonials may have been shortened or edited for grammar and spelling.

All information is subject to change. This article is a curated guide and is neither sponsored nor considered an official endorsement. Please be sure to check information directly with any/all tours, guides or companies for the most up-to-date and direct details.

With over 30 years in executive management and C-suite roles, John serves as President and CEO of Holiday Inn Club Vacations. His focus is centered on providing the best possible travel experiences for our Owners, Club members and guests, while using technology to make their journey simple and easy.